At the start of the year End Systems continued their commitment of supporting local communities and sponsored 3 youth teams, one being the Culcheth Eagles under 7’s Rugby Team. They are an enthusiastic young team who have had a fantastic season wearing their striking Orange and Black ESL Kit!

Shaun Daley, who coaches the team and is also a parent of one of the team members, gave us an insight into their successful season.

“Culcheth Eagles are a local rugby league club with players from age four all the way up to open age, the clubs junior section was set up by Jon McLeod and Phil Houghton in 1999 and has been growing ever since.

The under 7’s, consisting of 15 young men, have gone from strength to strength since forming in the summer of 2016 and are having a superb first season. Their biggest achievement so far is their successful run in the Warrington Clubs Challenge Cup, which involved a series of group games which resulted in two teams progressing to the final which was played at the Halliwell Jones Stadium.

On the night, the team produced a stand out performance which saw them finish the game as winners and be crowned the Under 7’s Warrington Clubs Challenge Champions. For their first season of rugby league the team couldn’t have made a better start and they certainly have looked the part in their brand-new kits that were kindly sponsored by End Systems.” 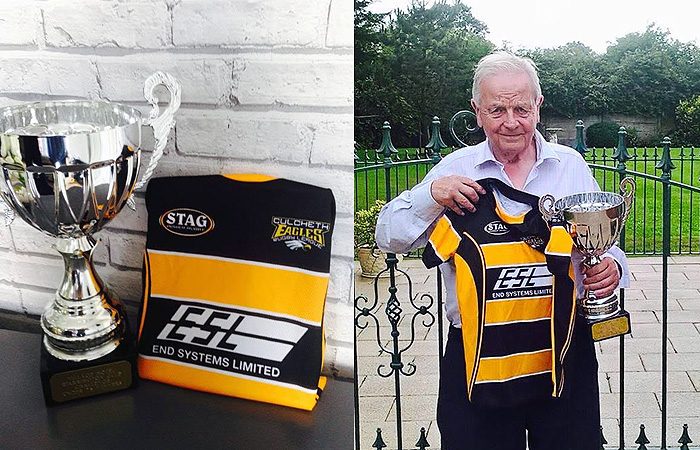