July 2013 saw the culmination of four years’ hard work for four young apprentices, as they graduated with flying colours and prepared to become fully-fledged members of the End Systems team.

In 2009 Matthew Corlett, Matthew Johnson, Anthony Aspinall and Adam Doolan joined us as wide-eyed apprentices, embarking on their two-year ONC programme while at the same time trying to learn the other crucial stuff such as which local café did the best breakfast. Following this, the four then threw themselves into their HNC course with the same determination and, after two more years of dedicated work and study, all passed with flying colours.

Watching on with great pride at the July graduation were company directors Brian Townsend, Audrey Townsend and Kay Corlett, who saw three of the four (relatively!) young apprentices emerge as engineers. The fourth, Adam Doolan, was there in spirit only, as he continued celebrating his achievements in style on a well-earned break in Zante!

Well done lads – we’re all very proud of you! 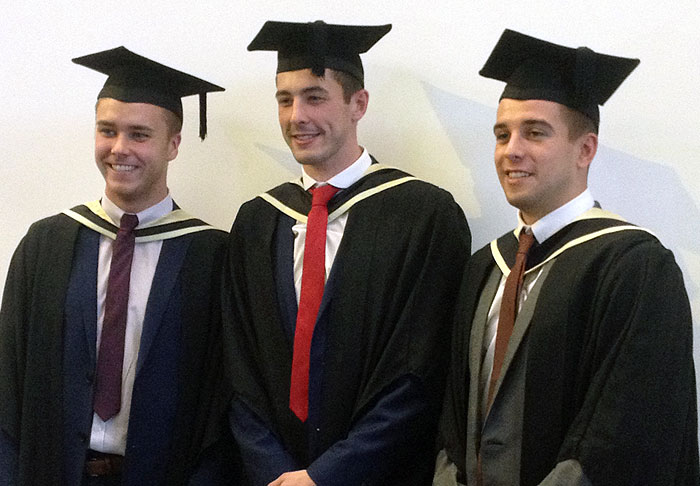